3M™ Automotive Window Films for your vehicle reduce heat, glare and block 99% of harmful UV rays. No matter what you drive, 3M Automotive Window films can give your car a custom look that’s right for you. Choose from a complete selection of films that vary in color, shades, construction and warranties.

Black chrome window tint is an all metal window film with a very high heat rejection due to the all metal design. Black chrome window film is a subtle mirror film with less reflectiveness than traditional mirror films on the market. This film looks great on any vehicle but looks best on bright colored cars, especially blue, and tends to take on the color of the car its on because the color of the car reflects off the windows.

Mirrored Films have by far the highest heat rejection of any film on the market. Black Chrome film carries a Nationwide lifetime warranty backed by 3M; a name you can trust. The film will never turn purple or fade.

Because Black Chrome window film is an all metal film, it can interfere with cellphone signal, GPS, and onboard radio electronics.

Color Stable CS 5
Our darkest Color-Stable film designed primarily for the automotive market where a very low visible light transmission film is desired and allowed by state law. CS-5 allows 8% of visible light through the glass. It rejects heat, reduces glare and retards interior fading. It is used extensively on the passenger compartments of limos, vans, buses and other forms of mass transportation.

Color Stable CS 35
Medium Color-Stable film is the standard in the automotive market. In many states, legislation regulating vehicle tinting has been written around this product. Therefore, becoming one of the most popular films in the line, CS-35 allows 38% of visible light through the glass. It rejects heat, reduces glare and retards interior fading.

3M FX-HP is a hybrid automotive film which is dyed and metallized. The metal protects the dyes and dramatically increases heat rejection and adds life to the film. This window film carries a lifetime warranty that covers bubbling, peeling and delamination. It does not cover fading or turning purple. All dyed window film will eventually fade and turn purple or fade to clear. 3M Fx-Hp is a high performance window tint that will hold its color for many years thanks to the better dyes and metal coating that protects the film and increases the heat rejection. This film has a semi gloss dark black look that will improve the look of any car, truck or van. This film can interfere with vehicle electronics and cell phones although it is rare and usually is minimal interference.

This window tint was designed for the budget-minded person. It is a dyed film that will not interfere with onboard vehicle electronics. Fx-St carries a 3 year warranty that covers, bubbling, peeling and delamination. This film does not cover fading or turning purple. All dyed films will eventually fade and turn purple or fade to clear. This however shouldn’t happen for several years on the better dyed films. If you want a film that has no dyes and will hold it’s color for the life of the film check out 3M Color Stable window film. Dyed Films also have a lower heat rejection than hybred, metal, carbon, ceramic and Crystalline film. The dyed 3M Fx-St window tint has a dark black non glossy look that stands out on any automotive application and because it is a non metallized window tint it has zero interference with electronics in your car, truck or van.

This multi-layer nano technology film is less than the thickness of a post it note and over 220 layers thick. This technology allows the film to block out 97.5% of the suns inferred rays which is responsible for most of the heat you feel. No other film can do that.

Most films reflect the suns light out of the car or absorb a lot of the heat. Metal films reflect some of the suns energy, this makes the film reflective; the more reflective the film the higher the heat rejected. Dyed films Absorb the heat, this just heats the air around the windows keeping some of the heat off you but also making the air around the windows to heat up more. Crystalline simply blocks out the part of the sun that causes most of the heat making it the highest heat rejection film available.

3M Crystalline window film actually increases the amount of heat blocked the more the angle increases. This happens because over 200 layers are used to create this unique film. 3M is the only manufacture that makes its own film in house from start to finish. 3M is also the only window film manufacture that makes a multi-layer technology film. No other film has a heat rejection as high as 3M without being darker, more reflective or both. 3M film has less reflectiveness than the factory glass in your car.

Contact us today to schedule your autmotive window tint appointment.

SunTek empowers vehicle owners by offering a broad selection of automotive tint products, each able to improve the look and performance of window glass in its own way. No matter the set of benefits, we don’t compromise on formulation for installation ease, as this is critical for everyone’s product satisfaction.

The SunTek CIR Series is our ultimate evolution in tint technology and our most premium, top-performing offering. The addition of ceramic technology enhances solar performance and infrared rejection, maintaining a fully non-metal construction for no signal interference with on-board or portable electronic devices.

Our CIR Series is offered in a range of 8 darkness levels, all a non-reflective and true black hue that helps protect against fading. Living with CIR after installation is nothing short of luxurious. Passengers and interiors are protected from 99% of UV rays, and vehicle cabin comfort is enhanced, with exceptional heat and infrared rejection.

No matter which series you choose to install, be confident in the tint’s ability to stand the test of time. It’s a non-reflective, rich black that’s backed by manufacturer’s limited lifetime warranty, including protection against fading. Both films block 99% of harmful UV rays.

The difference between CXP and Carbon is that CXP works hardest to maintain interior vehicle comfort, with a higher level of solar energy rejection. This translates to better heat rejection and glare reduction, which will be a priority for vehicle owners who spend more time on the road, are concerned about interior cracking and fading, or prefer to feel a more significant temperature difference after upgrading automotive glass with window tint.

SunTek’s High-Performance Series tint is a hybrid metallized automotive tint, with time-proven construction. This film contains reflective quality that can be seen from a vehicle’s exterior, along with solar benefits.

The High-Performance Series also offers the most color options of any SunTek automotive tint, with 11 choices in charcoal, bronze and blue. Excellent for vehicle owners who appreciate more durability with a reflective look and are interested in a highly custom tint look that goes beyond shades of black.

On the road, vehicle owners with High Performance Series tint will notice less road glare and increased comfort. Interior finishes and passengers also benefit from UV protection of 98% or more, depending on color and level of VLT (visible light transmission) selected. 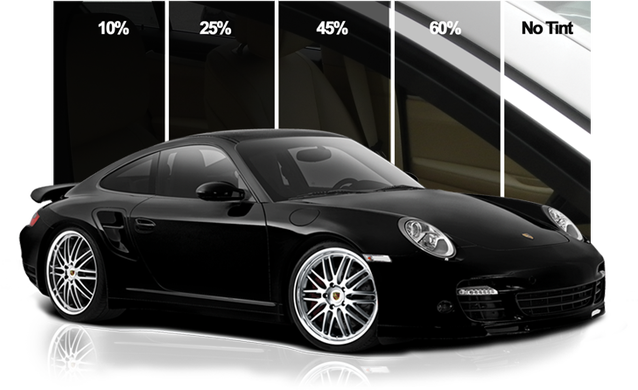 (We do not share your data with anybody, and only use it for its intended purpose)

FOR INSURANCE AGENTS
Go to Top